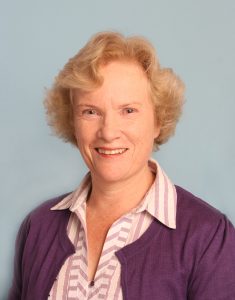 Loyalty of patients to their Audiologists is a “win” for all parties. In a business sense, loyalty means repeat business and word of mouth referrals from current patients and both of these are less expensive than attracting new business (Morgan & Hunt, 1994). Thus, a relationship-based strategy builds a firm’s competitive advantage (Morgan & Hunt, 1994; Sumaedi et al, 2015) and patient- centered care can clearly fit this bill.

As a clinician, my experience is that it is the long-term relationship with repeat patient visits that helps make my career so rewarding and keeps me engaged; and for the patient the trust relationship they develop over time with their audiologist must make their interactions much more rewarding emotionally.

Audiology can learn from the general business, especially the service sector, literature and from this customer loyalty has been found to have two main components (Cater & Cater, 2009):

This Cater and Cater (2009) dual-factor model of motivations of general service industry loyalty includes all the factors in the audiology specific model developed by Grenness et al (2014). The themes from their patients’ data show that they seek individualised care, clinical procedures including information sharing and shared decision making, and the recognition of the importance of the players who make up the therapeutic relationship (i.e., audiologist and patient). These themes would fall into Cater & Cater’s 1st emotional commitment category and show the importance of meeting the emotional need of patients to allow a successful and loyal patient/audiologist relationship.

Business literature tells us that people are willing to pay a premium for only two 2 reasons – solution to problems AND/OR creation of good feelings (Maister, 1993). The health industry description of loyalty, or willingness to return and pay more, says it is influenced by satisfaction and trust which are analogous to Maister’s solutions and feelings.

Satisfaction by itself, however, does not influence loyalty. Sumaedi et al (2015) found that subjective norm (the impact of important others in decision-making e.g. friends/family) and trust (determined from perceived reliability, integrity, intent and attitude of the audiologist and resulting in a belief that the audiologist will act in the best interest of the patient) are the keys to loyalty.

A Matter of Trust

Trust growth requires a psychological effort performed by patients to minimise their risk as a consumer of our services. Trust also requires sociological effort for subjective norm based decision making in ensuring they have referenced their provider choice with significant others in their world and taken recommendations on board (Sumaedi et al, 2015).

Audiologists need to grow trust/create good feelings, along with solving problems/satisfying patient needs because as we know, an aid is probably not able to solve all hearing problems in itself, e.g. for an 85 year old in a noisy reverberant meeting place. So listening to, explaining, having involvement in selection as much as the patient wishes and then best possible counselling regarding patient expectation and device management creates the good feelings. This meeting of satisfaction and trust requirements of the individual likely leads to ongoing loyalty, especially when others they know also like the audiology provider.

Hultman (2012) reports that 68% of customers leaving a service do so because of their perception of indifference in their care (an emotional decision). Only 14% of service leavers do so because of dissatisfaction with product or service (a rational decision). Indifference perception has been partly attributed to patients feeling they lack information from their health professionals- they want diagnosis and treatment WITH information. The shortfall is then perceived as a lack of health provider interest or indifference (Hultman, 2012). Grenness et al (2015) found empathy was offered an average zero times in audiological consultations despite patients expressing emotional based concerns about hearing aids. Any lost or disloyal patients will switch to another provider, or even worse give up on audiology services, and they can also spread negativity by word of mouth (Chang et al, 2013).

Patient-centered care in audiology is the obvious route to provision of all the elements required for patient loyalty, which is shaped by trust and satisfaction, and also influenced by significant other impression. As Grenness writes (2015/16) there is scope for improvement in implementing patient-centered care – no matter how much our patients like us already.

Grenness, C. (Winter 2015/2016). We think we are patient centered but the evidence says all of us have a few things to learn. ADA-Audiology Practices, 1-7.

Grenness, C., Hickson, L., Laplante-Levesque, A., Meyer, C. & Davidson, B. (2015). The nature of communication throughout diagnosis and management planning in initial audiologic rehabilitation consultations. Journal of the American Academy of Audiology,26(1), 36-50.