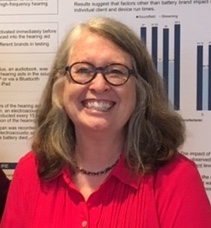 As noted elsewhere, racial health disparities have been shown more likely to occur when the clinician and patient are of different races (Hagiwara et al., 2016). When the clinician is White and the patient is Black, disparities may even present in the quality of communication, specifically clinician verbal dominance and less patient-centered dialogue (Shen et al., 2018).

In the US, audiology appointments are statistically likely to be cross-racial, so we would hope for specific guidance to improve overall communication. A review of the current literature yields very little advice regarding modifiable and measurable behaviors, but an easy first step would be this one:

Address Patients by a Title and Their Last Name

Why? First, Evans (1992) pointed out that “many groups of people express regard through formality. In considering black Americans specifically, it is again important to recall history. For decades blacks were required to address whites, even immature ones, with surnames and honorifics, while whites called adult blacks by their first names or even generic first names that did not belong to them” (p. 681) (emphases added).

Formally addressing a patient by title (Mr, Mrs, Ms, Dr, Pastor, Doctor, Professor, etc.) and last name conveys not only regard, but also dignity and respect.

Second, although there is a paucity of research on the subject, what is available is consistent:

…when physicians ask how patients want to be addressed at the beginning of their encounter, patients may feel pressure to answer that the more familiar form of address is acceptable before rapport has been established. For some, this may increase a sense of familiarity; for others, it can exacerbate a sense of power imbalance, especially if physicians refer to themselves with formal titles (e.g., Dr. Jones).(p. 1175) 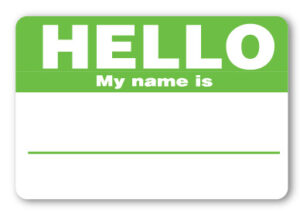 The patient decides when using a first name is acceptable

Third, Brown-Hinds (2010) describes many issues involved with “Whites calling Blacks by first names,” including historical reasons why “naming is a big deal to Black people.” She also supports Makoul: “Avoid even asking Black people if it was okay to call them by their first name because this puts the patient at an immediate disadvantage. If the patient says ‘no,’ this may cause the patient to have the afterthought of possibly being sabotaged by that staff member.”

Formality is uncommon in today’s world, but starting an appointment with formality and intentional courtesy has the potential to promote more person-centeredness throughout the entire appointment. And if patients ask us to use first names, of course we would honor that request, because as Brown-Hinds (2010) reminds us, naming is a big deal.

(Caveat: It must be noted that the perspectives described above are US-centric. In comparison, Parsons et al. [2016] indicate that in Australia, 99% of the hospital patients in their study preferred first names. Unfortunately, no racial demographics were reported.)

Evans, J. (1992). What occupational therapists can do to eliminate racial barriers to health care access. The American Journal of Occupational Therapy, 46(8), 679-683.