So why am I sharing with you some of the mistakes I’ve made along the way? Usually when I am sharing “life lessons” with my daughters or my students, I am trying to give them the opportunity to learn from my stumbles so they don’t have to experience them on their own. One of the most important skills we can have as professionals (and as human beings) is the ability to recognize when we can do something better or even more importantly, when we do something wrong. Maya Angelou’s quote, “When you know better, you do better” is something I try to live by every day.  This philosophy is one of the reasons why I love where I work. At CHOP, we are constantly re-evaluating our clinical practice to identify areas where we can be better – what a humbling and yet exciting place to be. To do that well, you have to practice reflectively (Schön, 1983; Thompson, 2008) and be ready to say that the things we do every day can be better.

One of the areas that I feel I have grown the most in is my avoidance of making assumptions. When you first start out in this field, you are (as I was) unconsciously incompetent – you don’t know what you don’t know. I remember trying to soothe a parent’s anxiety when scheduling her child’s surgical procedure by telling her, “Don’t worry, it is a really simple procedure, they’ve done it thousands of times.”  I assumed that if she understood the routine nature of the surgery, her anxiety would vanish.  It did not; instead, she very sternly said to me “Don’t ever tell a parent that their child’s surgery is simple and ‘nothing to worry about.’ You clearly don’t know what it is like to be a parent.”  She was right, I didn’t know. I assumed that I could put myself in her place and comfort her; instead, I ended up offending her. Flash forward 8 years to me anxiously sitting outside the OR when my youngest was having this same “simple” procedure – it was the longest 14 minutes of my life and I would have bitten off anyone’s head who dared to tell how I should feel. 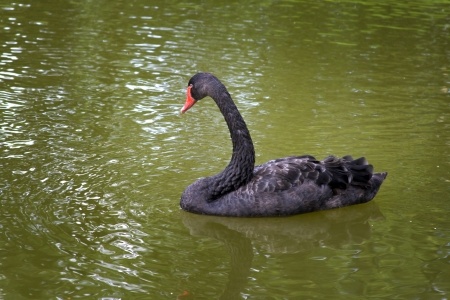 Assumption: All Swans Are White

Sometimes we assume we know how someone will feel about information they receive. I was leading a lab in amplification.  We brought in a friend of mine who had clearly been suffering with hearing loss for a few years.  She was even evaluated by an audiologist the year before and hearing aids were recommended but not fit.  The students were responsible for doing a complete evaluation and then develop a treatment plan that would include amplification.  She did indeed have a hearing loss so the students launched into what hearing aid that they were going to get her instead of reviewing her test results. They assumed that, because she reported that she had been previously diagnosed with hearing loss and hearing aids were recommended, she understood her diagnosis. She did not. I watched her eyes glaze over as the students enthusiastically described the advanced-feature hearing aid they were going to order.

I interrupted their plan and asked the patient – do you have any questions? – and she responded, “Are they saying that I have a hearing loss?”  As smart and as previously well-counseled as she was, she thought that if she took enough allergy medicine before the test, her hearing loss would have gone away.  We assumed she knew – we didn’t realize what her truth was. Simply put, she was not ready for this conversation.

Since “readiness” is a process involving stages of awareness, acceptance and adjustment, it is quite possible our patient is not yet ready, but “in process,” or as the Ida Institute describes it, in the midst of a patient journey.  We are not mind-readers; we need to ask “readiness” questions with the 0-10 scale or other tools to meet patients where they are – not where we think they are. Once the students developed the requisite common ground (Brown et al., 2003), my friend felt comfortable with their plan and is now a champion for using amplification, sharing her positive experience with anyone who will listen. That would have never happened if we continued with our assumptions and didn’t address her questions.

I recently had to share some difficult information AND generate ideas for a new opportunity at a team meeting. My assumption, and how I ended up making an ass out of me (not U), was that everyone at the meeting came with the same information. BIG MISTAKE.  The result of the meeting was elevated negative emotions, hurt feelings, significant anger with me and hardly any enthusiasm for the opportunity I hoped to move forward on. As a team leader, I needed to take a step back and support each team member to get them to the same place before we could move forward. Now, instead of working on the opportunity, I am doing damage control.

So what am I hoping you take away from this? Try to not make assumptions – instead take the time and acquire the skills to learn the truth. The definition of assume is “to suppose to be the case, without proof.”  Try to remember to seek out the “proof” and, if you are successful, in the end you will stumble a whole lot less.