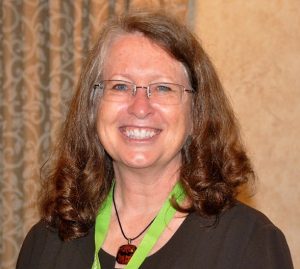 An ongoing challenge in today’s health care system is managing computer use during patient encounters. Documenting each appointment is essential, but it can also disrupt our goal of providing patient-centered care (Ratanawongsa et al., 2016). In their literature review, Duke et al. (2013) noted that “the first minute of the consultation is often taken up with interacting with the computer rather than the patient” (p. 362), and that “patients worldwide express one major concern about computers in the office – the fixation of the physician’s eyes on the computer screen” (p. 359). 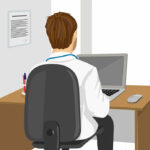 To manage the potential conflict between maintaining patient relationships and electronic records, let’s consider a relatively simple communication skill called signposting. The following definitions of signposting will resonate, since they are already routine practices in audiologic practice:

Less routine might be the application of signposting while entering electronic notes:

Applying a Familiar Skill to a New(ish) Situation

Even if not familiar with the term, audiologists “signpost” throughout an appointment: “Now that we’ve chatted about your concerns, let’s have you step into our testing booth …. That’s it for the testing portion. Let’s step into this area and talk about the results,” and so on. Like providing a roadmap, signposting reduces uncertainty and anxiety.

Applying the signposting skill to computer use includes these steps::

Importantly, signposting can involve both verbal and non-verbal cues.

Knowing the Name of a Skill Can Increase Its Use 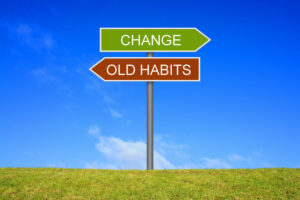 Clinicians may not have known the name of a communication skill they already use, but to paraphrase Ursula LeGuin, “To know the name of a thing is to have power over it.” Signposting is a relatively straightforward patient-centered communication skill, but when it comes to computer use, applying it might require mindfulness as we break old habits and establish new ones. How will we teach ourselves the application of this important skill?  How will we monitor our efforts?

Duke P, Frankel R, & Reis S. (2013). How to integrate the electronic medical record and patient-centered communication into the medical visit: A skills-based approach. Teaching and Learning in Medicine, 25(4), 358-365.