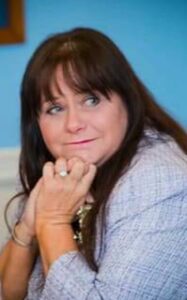 Everything we do in our hearing care consultations must have a purpose. Given our daily time crunch, it is a true challenge to purposefully apply person-centred practices such as shared decision making, ownership and rapport – and simultaneously work with the realities of the retail imperative. We need to support the person in the purchase and use of a product that no one wants, all the while working with barriers of stigma, bereavement of selfhood, and limited understanding of hearing instrument technology.

These responsibilities take up a lot of “bandwidth,” and it can be very tempting to resort to habits, shortcuts and routines. Hence the question: can we be person-centred and also sell hearing aids?  Following are three ways we can answer with YES.

Psychological therapy was initially based on the professional’s didactic perspective of how therapy should be undertaken and how success would be measured. Rogers was a radical thinker and changed this perspective. He believed that genuine meaningful therapeutic change would only occur when certain core clinician behaviors were applied: empathy, unconditional positive regard (acceptance) and congruence (being genuine)(Rogers, 1961). Specifically:

Rather than the therapist controlling the clinical interaction, Rogers explicitly addressed the issue of power and challenged the presumption of expertise. When he was described as “giving power back to the patient,” he insisted on clarifying: “It is not that this approach gives power to the person; it never takes it away” (Rogers, 1977, p. xii).

His theories developed further through psychological research and have become a cornerstone of most current interventions. [Read more about the Rogerian approach here.] 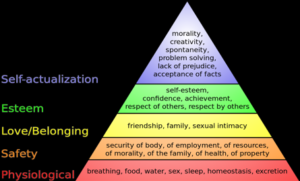 Abraham Maslow and Carl Rogers were both considered founders of a humanistic approach to psychology.  Maslow’s now-classic pyramid-shaped model (“hierarchy of needs”) reflects five states, starting with the need for sustenance, procreation, and existence, and then for safety and security. When these needs are met, relationships become important, leading to a need to be liked, respected, and to have a place in the group, which allows us to have an identity or self-actualisation; we can be who we choose to be. He later amended and addressed some concerns about this model, but as a concept it remains a useful visual tool.

If we accept that behaviours are based on these needs being met or not met, then we can place Rogerian principles of acceptance, congruence and empathy within this hierarchy as being integral to function within a “normal” life. In other words, a person-centred approach is positioned within the concept of having a “normal life” and being valued as “normal.”

By understanding better where the concept of person-centred services originated, we can appreciate the work required to maintain its principles in our day-to-day practice. By being congruent, empathic and by practicing real reflective listening, we can help people move from denying they have a hearing problem to purchasing and wearing hearing instruments – in effect, achieving a degree of self-actualization by improving a “self” problem. [Read more about Maslow’s theories here.]

YES: Remember that “Change is Hard” – But Achievable 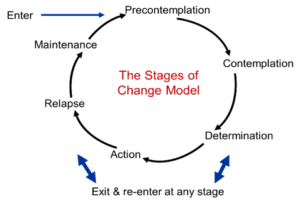 Providing support as recommended by Rogers, and helping a person advance along Maslow’s stages, involves change — which can make people feel uncomfortable, insecure, and off-balance. And yet, people do change, and the process is often described by the Transtheoretical Model (TTM) (Prochaska and DiClemente, 1983). Developed in the 1980s, this construct helps therapists help their clients understand how and why they behave as they do, and how they could change.  TTM is a combination of several ideas examining change and influence, habit and acceptance, and describes the progression through various elements, each having their own response.  Anyone who has used the Ida Institute Motivational Tools, or anything similar, will recognise these stages of change pathway as the foundational model. [Read more about TTM here.] 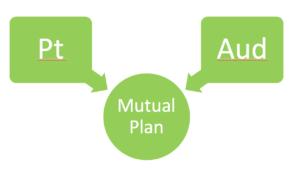 As Audiologists, we must maintain an ethical and congruent relationship with the people with whom we work. Understanding the theoretical foundations of a person-centred approach enables us to be effective and efficacious in our relationships, within the parameters of the commercial reality of the retail imperative.

Prochaska, J. & DiClemente, C. (1983) Stages and processes of self-change in smoking: Toward an integrative model of change. Journal of Consulting and Clinical Psychology, 5, 390–395.