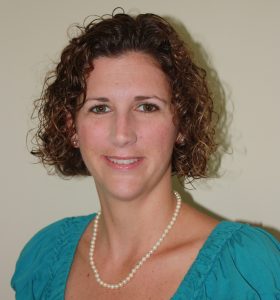 I work as a contract audiologist for a small private mobile practice. We provide bedside hearing services to patients who live in nursing homes or at home with assistive living services. I recently had a few interesting visits with a lovely lady and her son.

My patient is in her 90’s and resides in an assistive living facility. Meals are provided and she receives limited help with daily living needs. Her hearing loss is treated with BTE hearing aids bilaterally. Her son reports unspecified dementia with no other significant health concerns. He is a friendly, middle-aged man with a wife and grown children.

Interactions with the patient and her son were tense from the start. As I entered the room, they were arguing about the temperature of the room. The son was patient and accommodating at first. I attempted to start the case history. However, the patient refused to look at me, and would instead look to her son to answer my questions. She became quickly frustrated, stating that she could not hear a word I was saying. I attempted to redirect her attention to me. The son began to intervene by asking me if he could give his mother the directions himself. Before I could stop him, he was soon screaming at his mom. Things quickly began going downhill.

I began to give the patient instructions for the evaluation. Again she became very upset. Hoping to use some of my training in counseling, I tried my skills. I expressed to her that I felt her frustration so maybe we could talk about the situation.  No sooner had I begun, the son informed me that she was frustrated and suggested that he take over in giving the instructions. I convinced him to let me continue and was finally able to start the test. A few thresholds were obtained before the patient suggested a break due to discomfort and fatigue. The son began to sigh in frustration and appeared to be in a hurry to get everything completed.

I was able to redirect the patient back to the test area and complete the test, with much re-explanation and encouragement. The patient often stated that she was not able to complete the task and would look over to her son to “rescue” her from the situation. 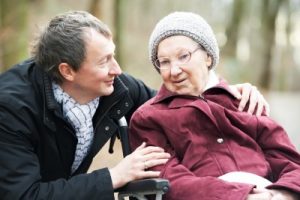 The pattern continued for the hearing aid adjustment and counseling portion of the appointment. The patient refused eye contact as I encouraged her to talk to me. Each time I gave her an opening to discuss her frustrations, feelings, or anxieties about her hearing, she or her son would shut me down by either yelling at me or interrupting me. To make it even worse, her son would simply scream at her for all communication.

A Change in Focus

After providing some suggestions on communication strategies, I began packing my equipment, and glanced over at my patient’s son. Simply stated, he was spent. He looked tired, worn, and frustrated. Quite honestly he seemed to be near tears. I started thinking about how he must be feeling. I had spent the appointment feeling so irritated with him, but now all the sudden, I was overwhelmed with empathy. I thought to myself…change focus! So I did. I asked him, “What’s going on with you? This must be challenging.” It all came pouring out. We were out of earshot of the patient. He told me how difficult it had been recently, caring for her and his family. He said traveling with her had become such a challenge but they did want to leave her home alone while they enjoyed trips. I was told of the other stressors in his life: his son’s big wedding in three weeks, his wife’s ill mother, his demanding job, the guilt he feels when he get frustrated with his mom. I did not need to say one word. I just needed to listen and validate.

What happened? The energy in the room changed immediately. The son was visibly calmer and smiling. The patient had no idea of our exchange but she was calmer as well. Maybe she just needed the little break, but all of the sudden she was eager to show pictures around the apartment. She and her son showed me her two awards that she won as a teacher and counselor. Her son bragged to me about how his mom earned two Masters Degrees. What a great ending to such a stressful appointment.

Sometimes the caregiver needs more empathy than our patient. In this case, the son’s frustration and guilt was getting in the way of a successful encounter with the patient. Do not forget to look to family members when counseling if you feel you are not getting anywhere with your patient. It is not always obvious.

Research indicates that caregivers experience stress and strain when caring for elderly family members. For instance, Almberg et al. (1997) examined burnout and burden among caregiving relatives. Their study included 52 family members who were responsible for the care of elderly individuals with dementia. These participants completed a questionnaire on burden, and also a self-rating scale called the Burnout Measure. This measure covered three categories of exhaustion: physical, emotional, and mental. Results indicated that when caregivers experienced poor health, they were more prone to burnout. In addition, burnout was more common in those individuals with a negative outlook on the situation and those with a limited social circle. Another interesting finding was that females were more likely to experience burnout (wives caring for their husbands, followed by daughters caring for their parents). Surprisingly, burnout levels were equal among families with loved ones both at home or in an institution.

This study highlights the importance of social support and resources. Audiologist should pay special attention to the needs of patients’ family members and be able to identify those at risk for caregiver burnout. A particularly useful resource for audiologists in the clinic is the Caregiver Self-Assessment questionnaire available from the American Medical Association (n.d.). This 16-item self-assessment tool determines caregiver distress and the need for support services. In addition, it encourages the professional to make appropriate referrals to community resources. Resources are listed on the document for caregiver self-referral.

For our part, we need to ask ourselves about our own empathy development.  If we are not intuitively empathetic, can it be learned? An encouraging study by Reiss and colleagues (2012) suggests that the answer is yes: resident physicians who received an intervention in empathy were rated by their patients to be more sensitive to their concerns compared to patients treated by a control group.  Readers are encouraged to view a new video by the Cleveland Clinic, and discuss it with colleagues. Until we see the “thought bubbles,” can we tell what a person is thinking or feeling?  As in real life, for the most part we won’t know until we give time for people to tell us about their lives.